C is for Causeway of Angkor Thom, Cambodia

When the first two entries were about temples, it is quite different for letter "C" -- 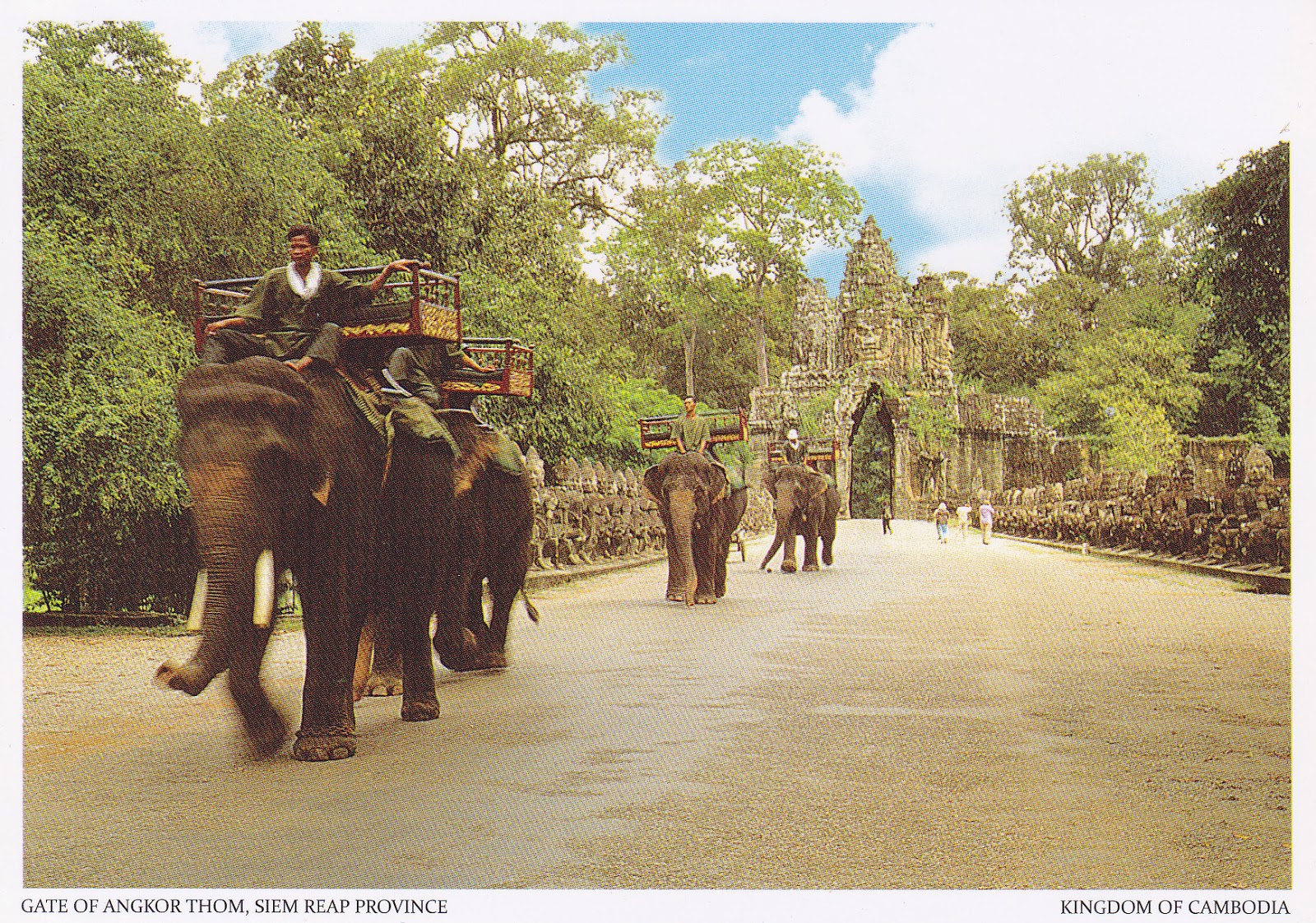 On the postcard above is the causeway leading into the entrance of Angkor Thom, which according to Uncle Wiki, "is the last and most enduring capital city of Khmer Empire". This fact actually didn't sink in to me while I was doing the tour. Through reading, I learned that Angkor Thom literally means "Great City". I thought Angkor Thom is the name of that temple we visited inside the complex. We were brought to that temple specifically because it is one of the locations for Angelina Jolie's famous Lara Croft: Tomb Raider movie.

For a closer look into the figures on the towering gate and the causeway: 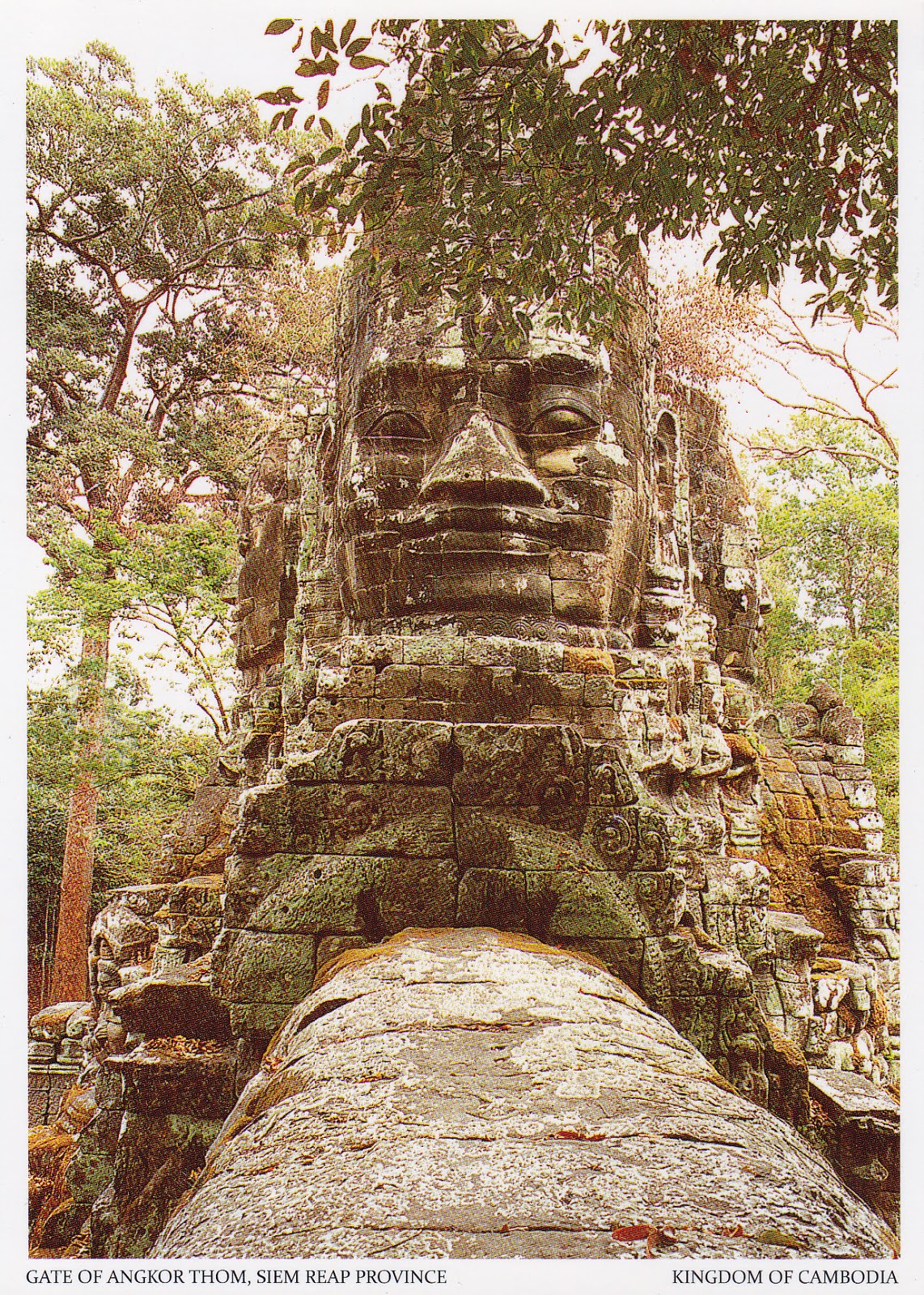 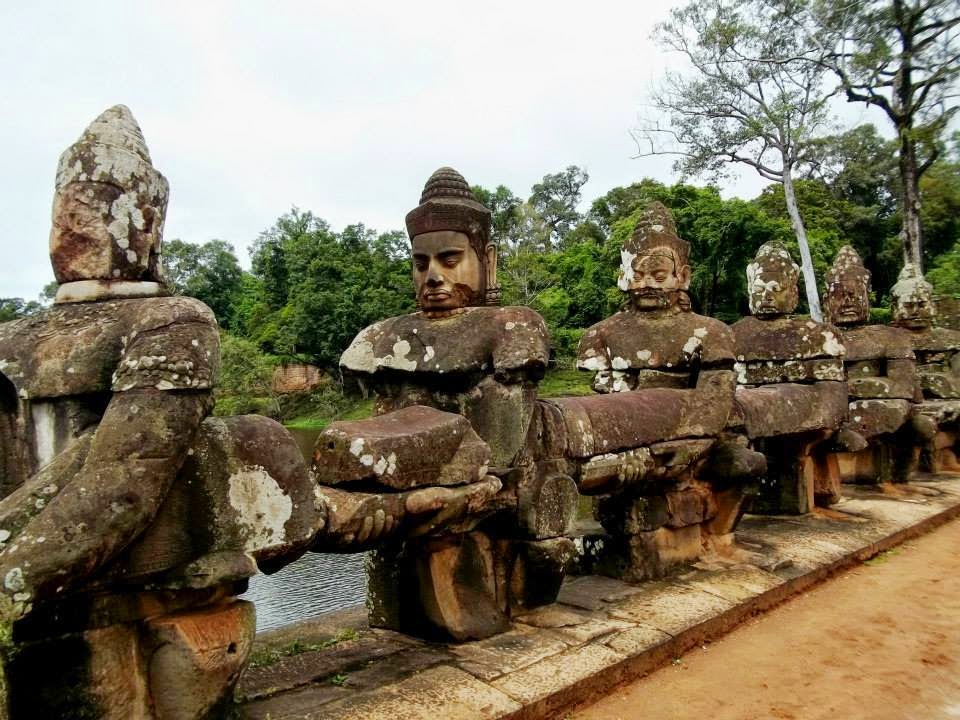 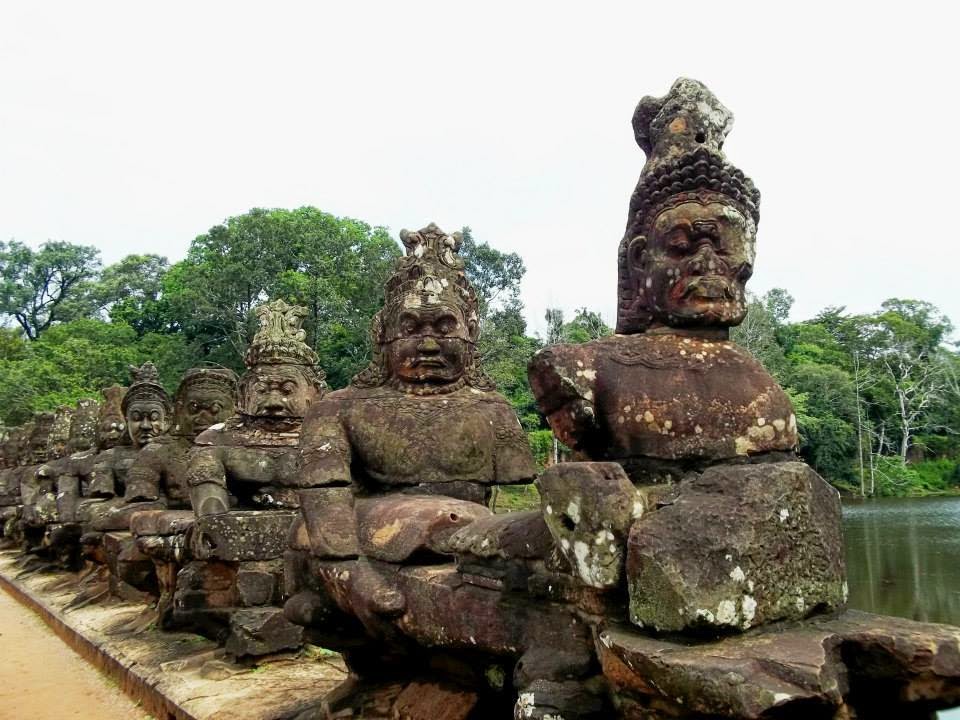 The postcard in the middle is viewed from one of the sides of the tower gate. There are Buddhas facing all four cardinal directions. For the causeway, it is lined with asuras (power-seeking deities) on one side and devas (benevolent deities) on the other side.  They are "holding a naga in the attitude of tug-of-war.". The causeway appears to be from the Hinduism myth, Churning of the Sea of Milk.